My Birth Story is 22 years Old

Her due date was the 21st of January, but I had a dream earlier in the pregnancy and the date January 19th was circled on a calendar, so I changed the due date. This baby was coming the 19th. Four days past the due date, I woke Chad.  “My water broke.”

We rechecked the book What to Expect When You are Expecting and read that it can be 12 hours before labour starts from when your water breaks so he started vacuuming. Chad has always been towards the obsessive side when it comes to cleaning. I picked up a coffee table book from my night stand which was really a tv tray. I tried to look at the cheerful art of Mary Engelbreit. When he completed his self prescribed tasks, he climbed into bed and we felt obligated to get sleep that we thought would be preciously out of reach with our new arrival.

We lived in Santa Barbara, California near Cottage Hospital but we had chosen St Francis Hospital because it was a smaller quieter hospital and the rooms had views of the Pacific and The Mission. On the day of labour, the midwife was already at Cottage so we had to go there- because nothing ever goes a planned.

My midwife seemed so nonchalant. I guess I wanted her to be collected and experienced but I wanted her to understand the urgency of the situation. I could know on a certain level, that women give birth everyday but I wanted the midwife to know that my labour was harder and more excruciating than anyone had experienced before and my baby was more precious than any other baby to come into the world before. At 8am, I was settled into my hospital room and the midwife breezed in with her full sprays of gold curls and assured me that we had hours before the baby would come. Chad went to get food. He didn’t comprehend the urgency of the situation and had been conned by the midwife. My mom sat by my side and my dad sat stiffly in the corner reading a newspaper.

Addy was born at 11am. Three hours of intense labour with Chad holding up one leg and my mom bracing the other. The midwife announced “She’s a girl.” And I asked “He’s a girl? He’s a girl?” The midwife asked the coherent people in the room, “Who told her it was a boy?” I had secretly wanted a girl. My family was full of girls. I understood girls. I have 33 cousins and 3 are boys. I didn’t think as a beginning mother, I should start out with such a foreign entity. I got in an argument with my high school biology teacher when I exclaimed that girls run in my family. Ms. Marchetti said you have a 50/50 chance every time and I was certain she was mistaken. But seeing that I wanted a girl, my subconscious convinced itself that I was having a boy so that I would have no chance of being disappointed at the the birth of my baby boy. Chad had known that she was a girl and he had told me multiple times- but my subconscious is mighty and I felt certain that the baby kicking and rolling in my belly was a boy with brown eyes and a tuft of brown hair.

Addison Mae was perfect. Everyone said so. Her head look like a caesarean delivery because it was round. This fact seemed relevant in those early days- a perfect round newborn head is a rare.  She had blue eyes and upon seeing those eyes, one knew that the blue of these eyes was not going to turn brown. Her eyes were like her daddy’s but a shade deeper. Her hair was a small tuft or swirl that floated up like the barrel of a wave. The hair was golden brown and her skin was luscious- not fair and mousy- but already accepting of sunlight. She was perfect. She slept and slept and slept. She was the kind of newborn that made a 24 year old unmarried brand new mother feel confident. This baby allowed me to bask in this new role. She rarely cried. She didn’t ask for much- just snuggles and songs and rocking and swaying.

Feeding her was quite a task. Jaundice came quick and my breasts which has once been called “movie star boobs” were not made for nursing.

In the locker room, of St. Henry’s School, Shannon Chilando, my classmate had stated as a fact that Martee has boobs like in the movies. We were in 8th grade and Shannon meant it as a compliment. She tried to explain that it was the pinkish flesh and smallish nipples. Mine aren’t exactly inverted but they don’t do what they are supposed to for latching on.

After a couple of days at home, a nurse came to the house and helped me squeeze that boob into a hamburger shape and practically shove it into the tiniest mouth I have ever seen. During pregnancy, I had read the Nursing Mother’s Companion but I had assumed a lot of nursing would be intuitive or even automatic because I am a mammal and this has been working for millions of years.

I was wrong, I wasn’t a natural nurser. I learned to nurse her and I learned that I had to hold by breast pinched so that my nipple could stick out and so that there could be something to latch on. Those mothers who nurse under their clothes and drink Decaf Starbucks with their free hand make it looks so easy but I never looked like that. I was always showing too much skin and holding my breast in one hand and the baby in the other. If I let go my skin smushed her little nose and she would pull off gasping for air. I loved feeding her and nursing but it was a job. With the jaundice came instructions from her pediatrician. Wake her up with a wet wash cloth and feed her every hour. Apparently, she was sleeping too much. I asked, “if it takes me thirty minutes to feed her on both sides can I wait an hour to feed her again?” The answer was no. Feed her an hour from when the first feeding started. I didn’t sleep. My nipples were cracked and red and sore. Sore. I cringed at each latch on and I cringed more when I had to unlatch her because there wasn’t enough boob in her mouth. Nursing isn’t just sucking on the end of a nipple- it is a full breast needing to be latched onto to work effectively.

I nursed her exclusively for 8 months or so. I remember thinking at that point when she weighed about 16 pounds, my body is freaking amazing. I grew her inside me and I have kept her alive with my body for all these months. I couldn’t believe that all that she was, came from me. I’m not misunderstanding the obvious- that her dad gave her half her genes and that she looked sooo much like him. But those pounds came from my body’s work. The idea is dumbfounding. The power of a mother’s body to bear life and birth that life and then nurture that life. I am so understanding of how lucky I am .

We always said to truly deserve living in Santa Barbara, one has to marvel at the beauty of the coastline and the mountains and the Spanish tile roofs and the Mission and the Weather every day. People all over the world have storms and humidity and blizzards and blight and locusts- but not Santa Barbara.

One has to wake up everyday in this heavenly land of wine and Jacarandas with a heart full of gratitude. It is paradise and what a waste it would be to not fully revel in the beauty and majesty of the city and climate. And it is the same way about being Addy’s mom- to have a baby that beautiful and loving- one has to marvel at her glory and the great fortune of getting to live life with her. The gift of her life and her presence is not wasted on me. She makes me so lucky. She makes my life full. And as she has grown she just makes my heart grow bigger and bigger. She is worthy of all the love in the world and she reflects that back with light and a beauty that comes from deep within. 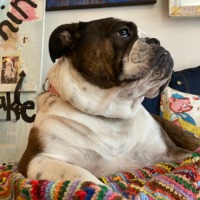 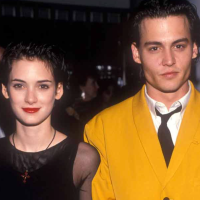