More about my Dad

Some
Little things about my dad

He grew up riding horses and driving tractors on his old
Cotton farm
His grandad taught him most things.
He has his grandads chair in his living room. It is a golden colored
Wood With the face of Zeus carved into the back.
He made mazes in the haystacks
Inside his barn and would trick his friends into trying to find their way through the dark hay tunnels.
He got
In trouble for throwing eggs against the barn once.
On the last day of school he would be so happy that he would jump in a fountain in his front yard in his school clothes.
His mom called him “my pride
And
My joy- my golden haired boy.”
She overheard he thought a girl passing by on the sidewalk was cute so she walked right up to the girl and tried to set them up.
Dad met mom when he was in freshmen English for the third time. He asked if he could cheat off her paper. She said no. But I will help you study.
They loved in married student house at southern Mississippi when I was born.
My dad was a banker before
And during when the banks went from small
Local banks to big huge conglomerations.
He hated firing people.
He would tell us stories about the other men at the bank and we would chuckle at the dinner table hearing about these guys on a sinking house boat.
He loves my
Mom dearly.
He converted to Catholicism when he married mom and he is devout. He always looks out for the church finances and served on parish council.
When I had a boyfriend named Chris in high school, my dad would come out to the driveway after Chris drove away in his Honda Accord. Chris didn’t like change so he would toss out pennies, nickels and dimes. My dad would pick up the pennies, nickels and dimes and shake his head in disbelief. When I had a crush on a boy named Matt Wolfe, on the night of the dance when I was hoping for a peck good night, my dad came out of our dark back yard claiming to be feeding the dog.
My dad always encourages me to save money.
When my sisters and I were little, on Saturday’s- he didn’t play golf or hunt or hide, he took my sisters and I on hikes.
I usually cried at some
Point during our hikes
Because I was scared of heights and dad loves to hike on the edge of what I thought were cliffs.
My dad likes when you smile and stand still for photographs.
My dad asked
Me if I wanted orange juice every morning before school even though I hated orange juice.
He made breakfast for dinner most Sunday nights.
He let my mom know how beautiful he thought she was and sometimes they would dress up for bank parties and she would wear red lipstick and they would look so wonderful.
He loves his grandchildren. At thanksgiving he hugged them all so good. Each one. He told him how proud he was of them.
He asks George about his running every chance he gets. And tuck about school and addy about work and BeBe about soccer and grades and dolly about horses and lacrosse and mim about how much she is growing.
He and mom moved to Atlanta when Chad and I stopped being married- just to help me with the kids and to listen to them after school and drive all kinds
Of carpools and wait for teenagers with uncharged cellphones who would be 30 minutes late and not even call.
He walks dogs. And always says he will take the dog out for a ride in the country if I want him to.
He was in the room for the birth of Addy.
When he says he would do anything for you, he means it. He would.
He drives us crazy sometimes – helping other people. Unloading moving trucks at age 73. Replacing sliding glass doors at 74. Late for dinner because an elderly friend thought his fridge wasn’t cold enough. The list goes
On. He has put in more
Closet shelves than any other person. He paints. He wallpapers. He fixes problems and stuff.
If you come to town- get ready for a driving tour of Hilton Head and a boat tour. He is a great host.
He asks people if they are married when he meets you- I think he thinks he can set you up and encourage you to become married.
My dad is so loved.
He wears light colors
On top and dark colors
On the bottom. He wore a suit to the bank everyday.
My dad always praises my photos or my paintings or my writing pieces or my raising of children. He lets me know how proud he is.
Today, my dad is tired. A kind of tired none of us have felt. And I pray his night is restful and the sun shines in the morning.

I wonder how my dad will let me know he is near me when he isn’t living in his body anymore. I believe my Aunt Kay sends an owl and Chad’s dad is a pelican. And we created the panda love for Mim’s birth mom. But how will I know who my dad is. Mim sees Kennedy and Norah’s Dad Gil in the clouds. I hope it is just blatantly obvious who dad sends. 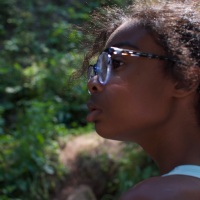